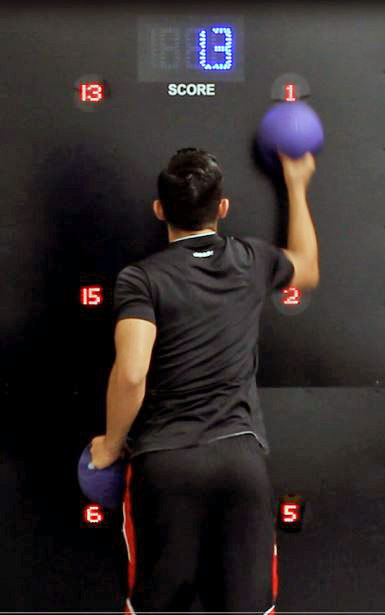 SMARTfit brain games offer the next level to Tetris.

This week, the World Science Festival posted a video on YouTube focusing on one of our favorite words here with SMARTfit Brain Games,  “Neuroplasticity.”  Neuroplasticity is the process in which the neuro pathways within your brain can “rewire” based on behavioral, environmental, and neural changes.  Simply put, the brain can change as our bodies and lives do.

The aforementioned YouTube video features neuroscientist Richard Haier, who did a study more than two decades ago on the impact that the classic computer game Tetris has on the brain’s neuroplasticity.  Participants played Tetris for ONE HOUR during each session, and Haier studied their brain activity over a period of weeks.

I don’t know about you, but that sounds like a lot of Tetris to us.

Little did many know that Tetris would be a groundbreaking computer game, that helped facilitate a new era of brain games, many of which help the brain elevate to a higher efficiency level and stronger productivity.

And while playing Tetris for 20 hours per week may help, the team at SMARTfit believes an important component is missing in using brain games to really maximize brain function.  The missing ingredient, is physical activity.

And SMARTfit brain games provide that.

Let’s go back to our friend John Medina, whose awesome book Brain Rules said, “Physical activity is cognitive candy. We can make a species-wide athletic comeback. All we have to do is move.”

And that’s why SMARTfit brain games have mixed these two crucial elements together to create a technology that establishes an unrivaled environment which provides a remarkable workout for the brain. SMARTfit brain games mixes the promotion of neuroplasticity through brain games with the physical activity-related “cognitive candy” that Medina describes to produce some stunning results.

And remember, Tetris is just one game. SMARTfit brain game systems contain nearly 100 games that all challenge the brain and body in different ways by including an academic component.

Richard Haier’s study in the early 1990s went a long way in demonstrating how brain games can affect neuroplasticity.  SMARTfit has mixed the strongest elements of his research (and that of many others) with the key components all humans need for proper physical fitness.

So now that you know more about neuroplasticity, start maximizing the brain power of your students, members, clients, or residents by installing SMARTfit brain games in your facility today.