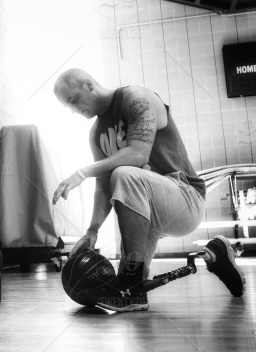 The Amputee Coalition reports as of 2017 that there are nearly 2 million people living with limb loss today in the United States. As a result of vascular disorder, disease, birth defect, or traumatic event this condition impacts a significant amount of the population. To better serve this population, there are new modalities being performed to enhance their ability to improve function. Cognitive training helps amputees.

This work is based in cognitive training and is an approach to get amputees moving again with greater independence and ability. Training the brain to work with the body and enhance physical function adds a deeper layer of value to the rehab process.

A study by Cunha et al in 2017 called Influence of Functional Task-Oriented Mental Practice on the Gait of Transtibial Amputees looked at new interventions for this group of patients. A concept in cognitive training called Mental Practice was used to improve locomotor skills during rehab programs. Taking this commonly used concept and applying it to functional activities such as walking was the objective of the study.

The researchers worked with 15 “below knee” amputees, splitting them into two groups. Group A had 10 participants, and the remaining 5 were in group B. Group A performed the gait-oriented Mental Practice task and Group B performed a non-motor task. The Mental Practice intervention was performed for 40 minutes. 3 times/week over 4 weeks.

What Did the Researchers Learn?

Both groups showed a similar gait pattern prior to the Mental Practice intervention. As well as, no improvement in gait during the baseline and Pre-Mental Practice assessments.

Following the intervention Group A showed the most improvement through enhanced impact absorption of ground reaction forces. Additionally, Group A participants experienced enhanced propulsion capacity and balance control for the prosthetic limb.

This study shows that Mental Practice and gait training in this population encourages independent locomotion. Due to the effects following 1 month after the intervention the improvement is considered to be related to the Mental Practice tasks. Mental Practice improves the ability to enhance gait, safety, and patient outcomes among lower limb amputees.