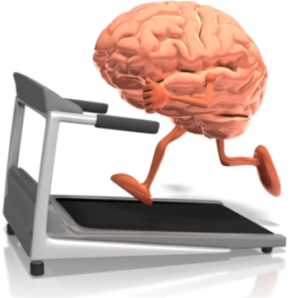 Alzheimer’s Disease and Dementia can be some of the most heartbreaking trials that we can go through as human beings. The confusion, the frustration, the loss of control and the disappointed faces of loved ones as the sufferer forgets their cherished memories.  But, there is hope in brain trainings effect on memory and dementia and it’s prevention and improvement of brain activity for those at risk for Alzheimer’s Disease and Dementia.

According to a recent study performed by a team of researchers from Johns Hopkins University and the Kennedy Krieger Institute in Baltimore, brain training leads to significant improvements in brain activity. Electrodes measuring electrical activity showed an increase in “alpha band” brain waves in an area of the brain that plays a critical role in attention, memory and higher-level thinking.

The team compared two approaches to improving working memory, which acts as a kind of mental workspace where we store information temporarily.  The team of researchers had 136 young adults, divided into 2 groups, spend a month training their brains for 30 minutes a day, 5 days a week.

The first group performed a Complex Span test, which involved remembering the location of an item despite distractions.

The second group performed a Dual N-Back test. Each day they would watch flashing squares on a computer screen appear on a grid and listen to a voice reading letters from the alphabet.

The Results of Brain Training’s Effects on Memory and Dementia

At the end of the study, the team concluded that there is a definite correlation between “brain training” and the improvement of working memory.

SMARTfit’s technology is uniquely designed to help seniors establish a physical and mental routine that works for them. We have special designed options with mature users in mind.  Our programs are ability-based so that individuals can reach their goals at their own pace and comfort level.

Our systems trigger cognitive, sensory and motor pathways that build and strengthen cognitive ability.  We are committed to helping the senior and Active Aging population stay fit while simultaneously improving their cognitive abilities.